At Two Sea Tour Trips, we pride ourselves on giving our guests the very best day we can. But don’t just take our word for it, our Simba reviews will convince you. Thousands of guests and tourists have trusted us with our Phuket boat tours and private tours and had fun exploring the beautiful sites around Phuket the right way! Read what our customers have to say about our Phuket boat tours on TripAdvisor. 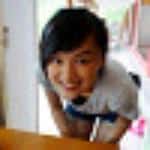 Every thing about this boat trip is perfect! This tour is designed to evade the crowds and is always one step ahead

The boat is clearly the best out there, the most luxurious and spacious. We got lucky that although our trip started with heavy rain, it stopped once we got to Phi Phi!

All the staff were extremely attentive and it was their heartwarming service that made this trip truly special. Big shoutout to our guide Momo! She takes the best pictures and is beautiful from inside out :) The captain was so passionate about snorkelling, he would hold your hand and guide you to nemo and baby sharks

Although we actually missed the sunrise,this tour is worth every penny and waking up at 4:30 for if not for the sunrise. Thank you so much Paul and Simba Sea Trips for the best boat trip I’ve ever been on! What a fabulous day!! It sounds like an early start at 5:10am but if you’re from Australia and do this in the first few days of your holiday, your body will think it’s 8am which makes the wake up totally fine. Everything about today was 10/10! Every location was beautiful, staff were amazing and breakfast lunch and soft drinks included. It was seriously spectacular I highly recommend!

Really well done. You start early but you beat the crowds. Their hospitality and service was simply excellent. Maximum of 8 guests, one guide per two people. Excellent accommodations, educational and great sites. Lunch was excellent, fresh, prepared on-board. The crew was phenomenal, very helpful, kind, funny.

You do need cash to clear out your remaining balance as they don't take credit cards on-board.

I HIGHLY recommend this tour.

It was a 5-Star experience all the way around. Email communication and payment were clear and easy. They picked us up and dropped us off as agreed and everything in the middle was top notch. The food, the education, the boat, the team, the locations, the canoeing - it was all fabulous....

Two Sea Tour are experienced tour operators based in the Phuket region. Possessing over 18 years of experience in the tourism industry and offering unique tours to some of the most beautiful places on Earth.

Our Team will be glad to help you

My wife and I spent a week in Phuket and we ended up doing two Simba Tours, after being thoroughly impressed by our first tour.

Both times the driver showed up at our hotel in Karon beach early, and was very pleasant to deal with. He takes you directly to their office in the Royal Phuket Marina, where a light morning snack is waiting for you (boiled eggs, coffee, crackers, fruit, etc.). There's then a briefing of the tour on a large map that is very comprehensive so that everyone understands the days schedule and can ask questions. Both times the briefing was done by one of the tour guides named Harry who speaks perfect English. The tour guides themselves were amazing, we had Woody on our first tour and Harry on our second tour and I can guarantee that these guys are top notch. They really do avoid all of the masses, for example we were the first ones on the James Bond island, which apparently is very very busy normally. The tour guides know when the popular spots get busy and using the smaller boat (we had approximately 16 people on our first tour and 15 on the second), they are able to get in and out before the masses. The crew on the boat such as the captain and boat boy were always very friendly, often taking candid pictures of us, which they offer to email to you afterwards at no cost. If I could give more than 5 stars, I would! Highly recommend.