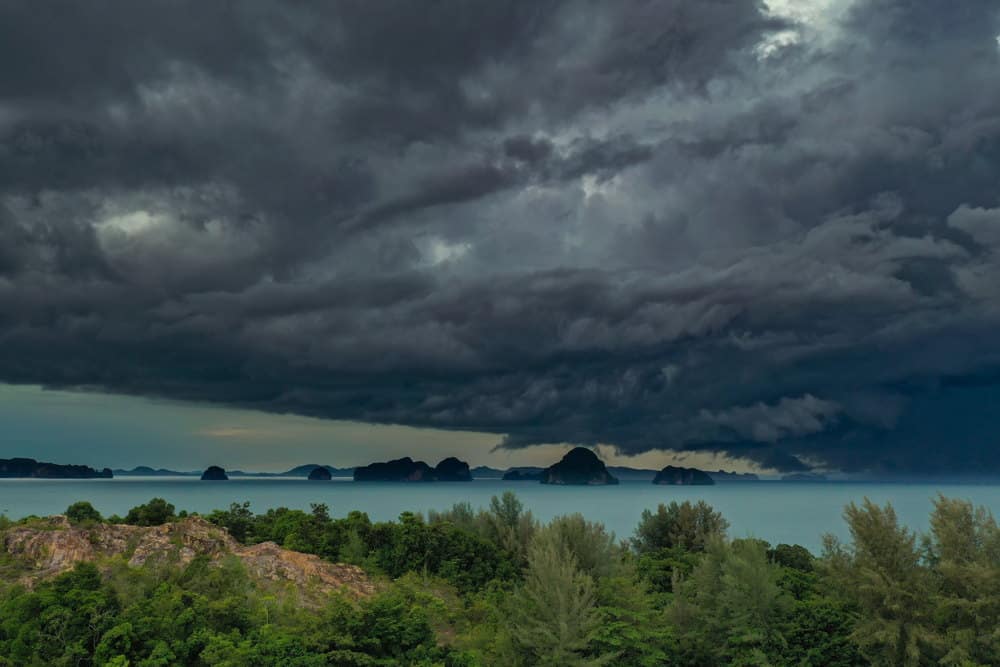 The most common questions that people have when wanting to visit Phuket, Thailand are what is the best month to visit? What will the weather be like the month I want to visit? Phuket is not only extraordinary in its attractions, but also in the weather! They don’t have well-known seasons such as winter, summer, fall/autumn, and spring. The seasons in Phuket are divided into two, the high season which is from December to May, and the low season which is June to November.

January is considered by many the best month to travel to Phuket. Rain is extremely rare and most times it never rains in January, also it’s sunny with a cool temperature.

Being the peak of the high season does have some downsides. Hotel prices are usually higher due to all of the tourists and the island can get crowded. But if you’re looking for the best time to go to the beach this is the month for you. The sea is calm, clear, and blue, and it’s easier to travel to nearby islands.

February weather is very similar to January. The only difference is that the air is a little bit drier and the temperature is slightly higher.

The beaches in February are generally clean, the sea is clear and blue. Not forgetting that this is high season beaches can get very crowded and busy, but you can still enjoy more relaxing and less crowded beached if you travel north of the island.

The temperature in March is even higher than the previous two months, but the skies and ocean remain spotless and clear. Prices are still high due to peak season, and the city and beaches are probably going to be crowded. Rain may start appearing more often, but still enjoyable.

April is the hottest month of the year, with temperatures reaching some of the highest of the peak season. If you booked a hotel or hostel without air conditioning, be prepared from some of the hottest nights.

Since April is the hottest month, it’s the month when locals celebrate the famous Songkran festival. Songkran festival is like a big water fight lasting for several days and nights. It’s part of the local tradition, but tourists also like taking part in the event. If you’re not one to get wet, we recommend sitting the Songkran festival out.

May is the last month of the high season, and the weather is still hot, but very drier. The greenery around the island starts turning brown, and most people, especially locals, stay home during the day. You’ll hear a lot of people talking about the weather describing it as humid and hot.

June marks the start of the rainy low season. Raining becomes more frequent but still not every day or all day. You will still have the opportunity to enjoy sunny weather, but unfortunately, the sea starts to become rough or dangerous. People should always respect and listen to the lifeguards and red flags.

The weather in July is similar to June, it’s the beginning of the low season and rainy days are coming. It doesn’t mean that it’s going to be raining every day or all day, you can still expect some sunny days!

August again is very similar to the previous months in the low season. Some sunny days are still here, but also the rain is more expected. The positive thing about visiting Phuket in the low season is that the island is more peaceful. There are fewer people, fewer traffic jams and the beaches are all yours. It’s not recommended to swim, since the sea is rough and dangerous. If you pick a hotel with a nice pool and spa, and you will enjoy the month of August.

September is normally the wettest month of the year in Phuket. The rainy days outnumber the sunny days, but there is usually still a mix of sun and rain. If you’re looking to travel to Phuket for its sun and beaches, try avoiding September because it’s not the month for you. If you’re travelling on a budget and choose to go in September there are still some positives! Such as no traffic on the roads, and all of the tourist attractions are still open. All of the islands are still accessible, except the Similan Islands.

The weather in October is very similar to September. It’s a mix of sunny and rainy weather, again we wouldn’t recommend traveling to Phuket in October. Nevertheless, if you have no choice and you are traveling in October, there are still some attractions and events you can attend around the island. There will be more rainy days than sunny, and it usually rains in a pattern of 3, 6, or 9 days!

November is the last month of the low season, and the weather usually starts improving. It’s still a mix of sunny and rainy days, with rain being more dominant. The sea remains rough, and swimming is still not recommended. If you’ve booked a hotel with a pool, then you’re good to go for the month of November.

You will also get to experience the locals celebrating the beautiful day of Loy Krathong, where they release floating offerings, wishing for good luck in the next year.

December is considered the last month of the year but the first month of the high season. The weather is usually great if you’re thinking about traveling there in December. The skies are usually blue, with small clouds and a cool but warm temperature. 24°C is considered ‘cold’ for the locals. Prices also start to increase since it is officially the beginning of the high season.

Many factors go into play when deciding what month to travel to Phuket, such as budget, activities, etc. We recommend the best month to travel to Phuket in February, the weather is warm, the skies are clear and the beaches are calm. February offers both the opportunity for relaxing and partying depending on the reason for travel. If you prefer to go to the beach and relax, it is the perfect time to book a Phuket boat tour, but, if you prefer more nightlife and partying there are an array of bars, clubs, and restaurants to choose from!

Top 10 things to do in Phuket, Thailand

3 Days in Phuket – Maximizing your Experience 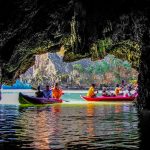 Handy Guide to Kayaking in Phuket 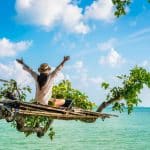 Top 10 things to do in Phuket, Thailand 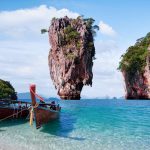 3 Days in Phuket – Maximizing your Experience 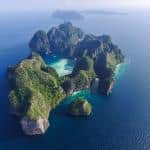 The Phi Phi Islands – All You Need to Know 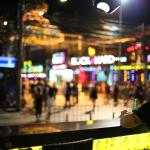 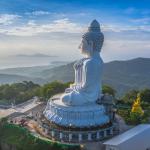 Two Sea Tour are experienced tour operators based in the Phuket region. Possessing over 18 years of experience in the tourism industry and offering unique tours to some of the most beautiful places on Earth.

Our Team will be glad to help you

My wife and I spent a week in Phuket and we ended up doing two Simba Tours, after being thoroughly impressed by our first tour.

Both times the driver showed up at our hotel in Karon beach early, and was very pleasant to deal with. He takes you directly to their office in the Royal Phuket Marina, where a light morning snack is waiting for you (boiled eggs, coffee, crackers, fruit, etc.). There's then a briefing of the tour on a large map that is very comprehensive so that everyone understands the days schedule and can ask questions. Both times the briefing was done by one of the tour guides named Harry who speaks perfect English. The tour guides themselves were amazing, we had Woody on our first tour and Harry on our second tour and I can guarantee that these guys are top notch. They really do avoid all of the masses, for example we were the first ones on the James Bond island, which apparently is very very busy normally. The tour guides know when the popular spots get busy and using the smaller boat (we had approximately 16 people on our first tour and 15 on the second), they are able to get in and out before the masses. The crew on the boat such as the captain and boat boy were always very friendly, often taking candid pictures of us, which they offer to email to you afterwards at no cost. If I could give more than 5 stars, I would! Highly recommend.